They all believe in EMA and in our motto: Music for Life. 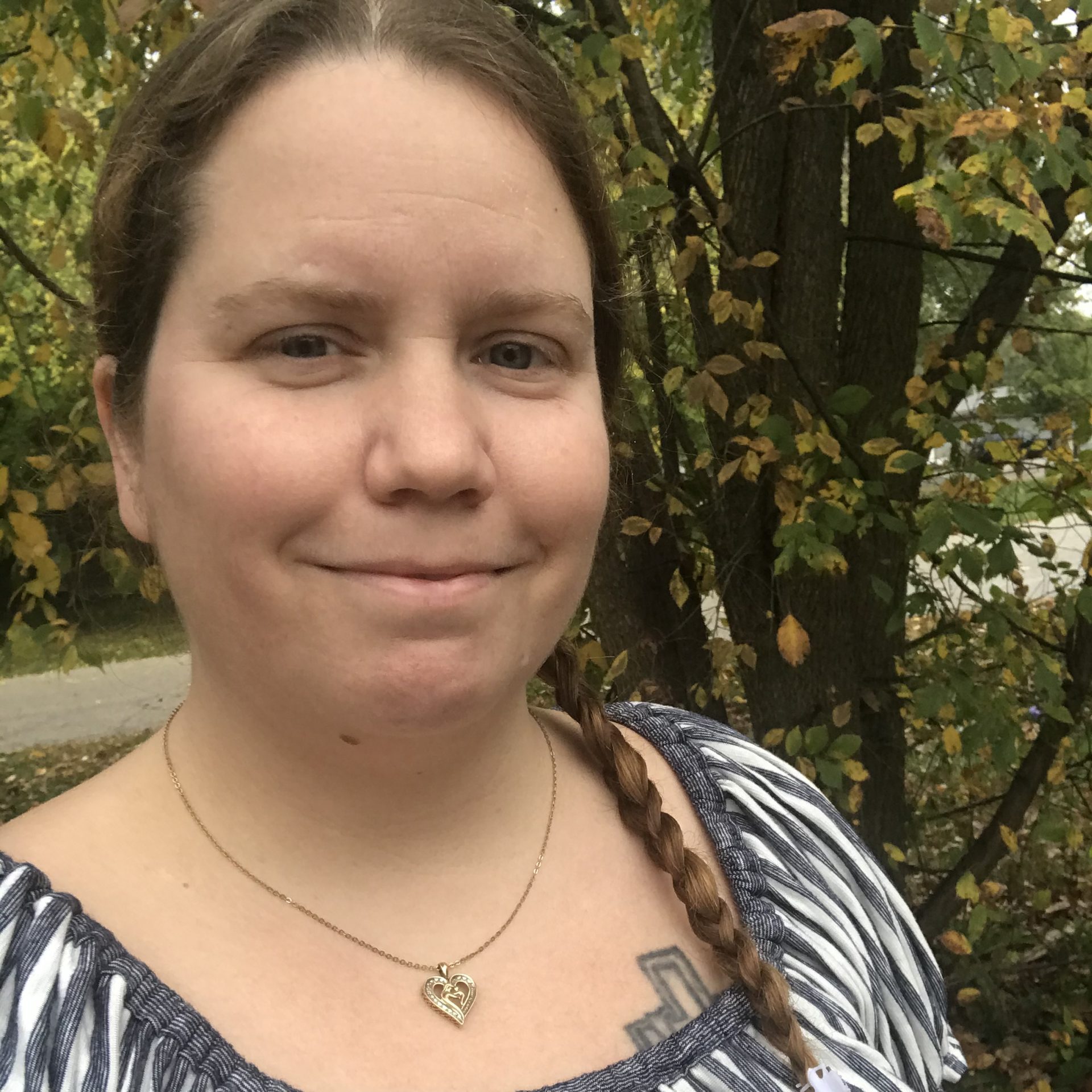 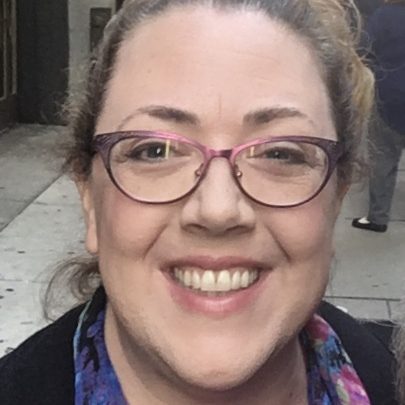 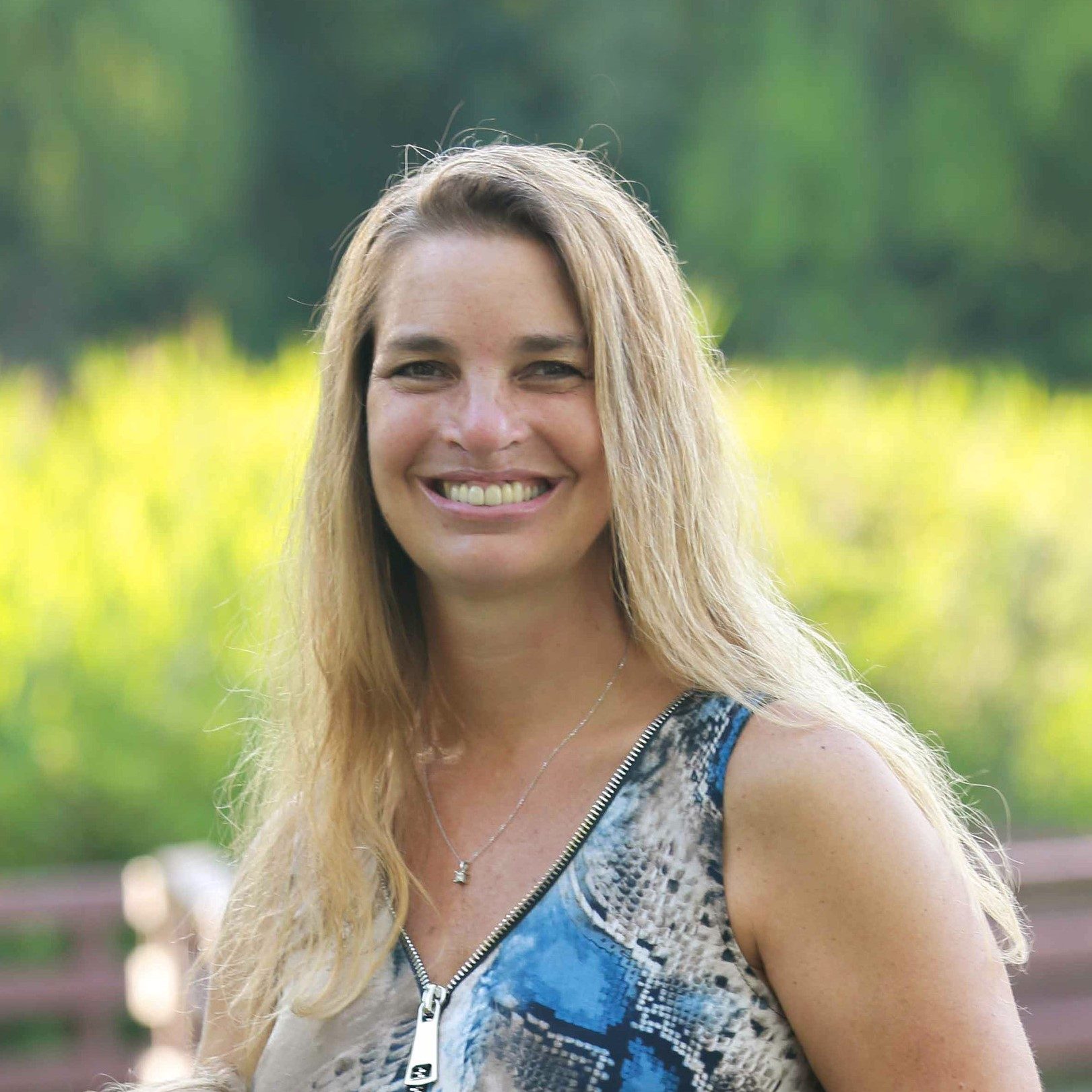 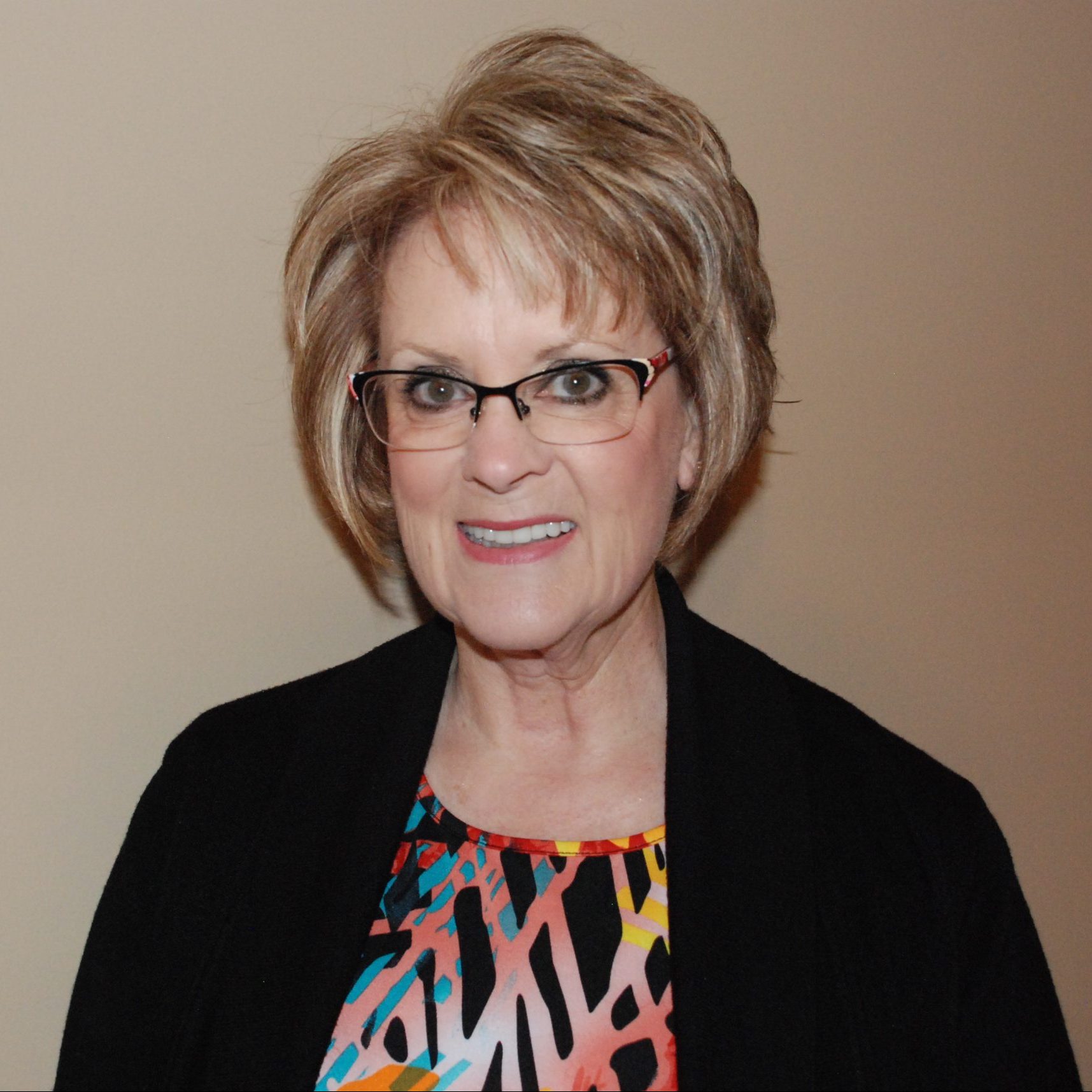 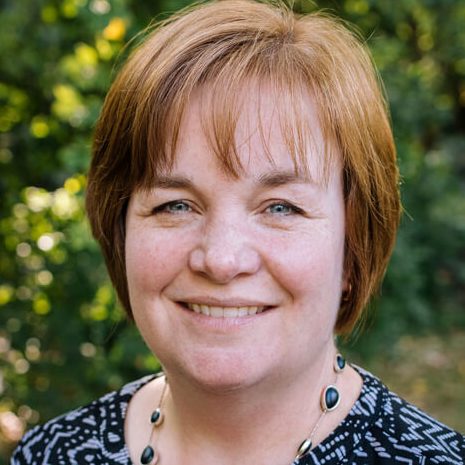 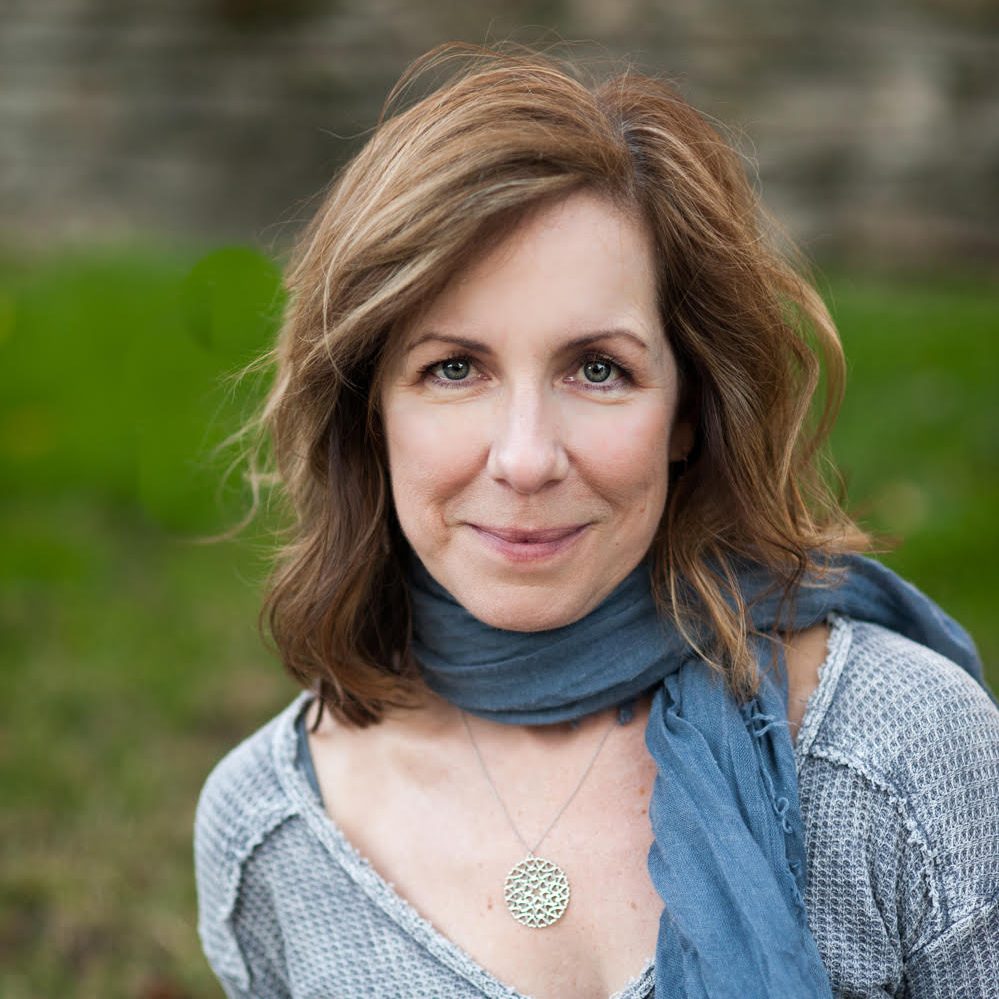 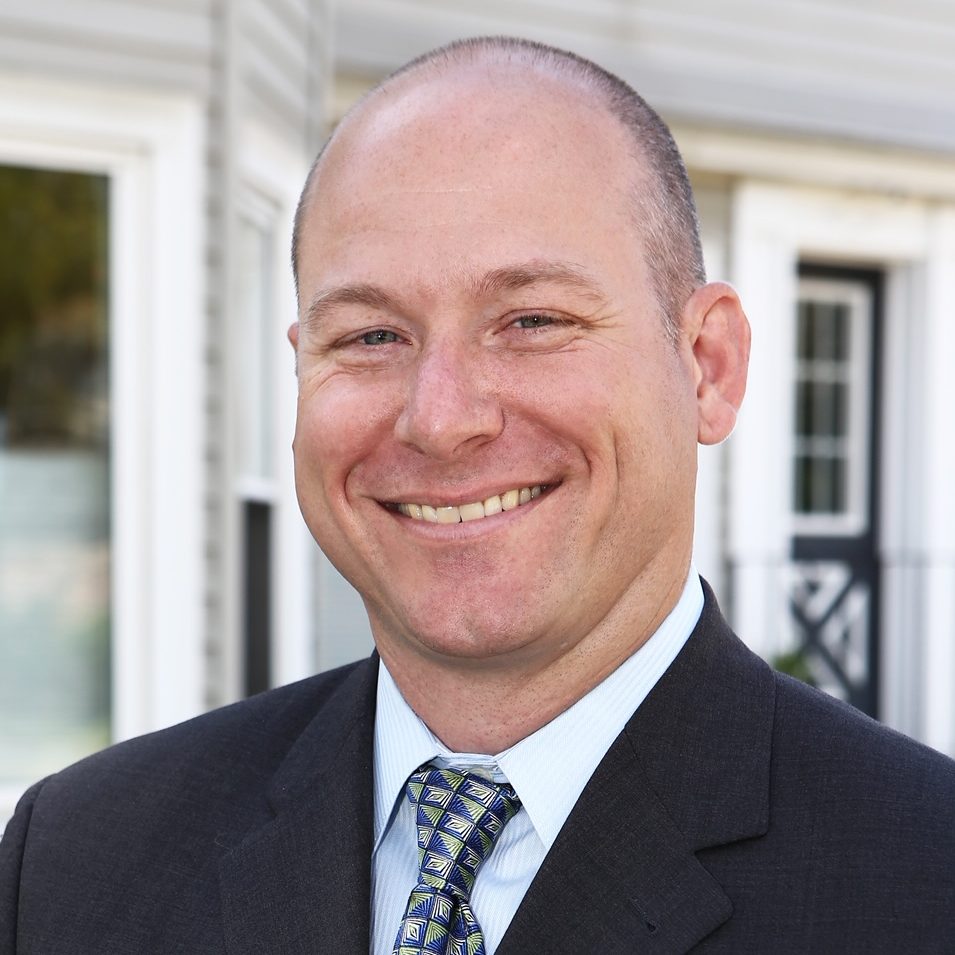 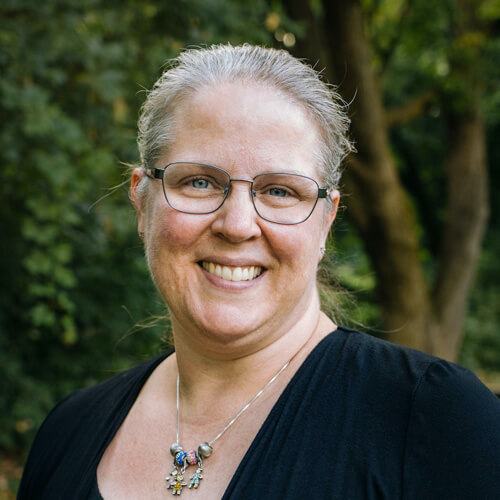 Stacie Koch began singing in the Zion Lutheran Church children’s choir at age 7. She was a section leader in her high school choir, led the show choir and performed in chamber groups. The music program at Carl Sandburg High School gave her the opportunities to perform at Navy Pier and Hollywood Casino Amphitheatre. She followed her love of choral music all the way to Eastern Illinois University where she studied Elementary Education. Upon moving to McHenry, Stacie was eager to join Voices in Harmony and the Viva Voce ensemble. Today, Stacie enjoys playing music with her 3 children who share her love of the arts.

Naomi Mellendorf is in her 27th year of teaching in public schools. She began her music teaching career in elementary general and choral music in Algonquin and Bourbonnais, Illinois. Upon the completion of her Master’s degree in Music Education from the University of Illinois at Urbana-Champaign in 1997, she taught music in Palatine where she integrated technology into the music education curriculum. Eager to further explore technology integration in education, she completed a Master’s degree in Instructional Technology and Library Media certification at Northern Illinois University in Dekalb. Ms. Mellendorf spent a decade with Maine Township High School District #207 and Mount Prospect School District #57 teaching high school students and early childhood student information literacy and technology skills before landing at Wauconda Community Unit School District #118 where she currently serves as Library Information Specialist at Matthews Middle School in Island Lake. She earned her Bachelor of Arts degree in Music Education from Olivet Nazarene University in Bourbonnais, Illinois and a Master of Library and Information Science degree from San Jose State University in San Jose, California. She lives in Palatine with her two kitties Lucy and Molly and spends quite a bit of her spare time in Crystal Lake. She loves to sing, read, attend theater performances, concerts, and art exhibitions.

Mary Moore received a Bachelor of Science degree in Finance from Arizona State University and sat for and passed the Illinois CPA test in 1998. She is currently self-employed, working as a bookkeeper. Mary has been the treasurer for the West Elementary Parent Organization for 11 years and the Bernotas Middle School treasurer for 5 years. She served as the treasurer for the McHenry County Youth Orchestra for two years. Growing up in Elk Grove Village, Illinois, Mary participated in band, choir and orchestra programs, playing percussion, baritone, string bass and tuba. Mary has been married for 24 years and has four kids.

Jenny Oberbillig was born in Cincinnati, Ohio and raised in southern California and Dayton. Jenny comes from a musical family and has sung choral music from an early age. Her father shared his love of choral music by arranging music for her and her six siblings, often singing for family parties and company Christmas parties. Jenny moved from Cincinnati to Crystal Lake in 1996, and has been singing with Voices in Harmony ever since. She has served on the VIH board of directors in various capacities for over 20 years, and currently as president of the organization. Employed in the telecommunications industry and currently employed in the banking industry, Jenny uses her administrative and communication skills to further the mission of VIH. Jenny’s creative outlet has always been choral music and piano. She has studied voice with Dr. Marie Ann Vos, and currently studies piano with Danielle Cairoli. She is a member of First Church in Crystal Lake and sings with the Celebration Singers. She is currently married to Don and between them have four children and three grandchildren.

Cynara Pierzina, Co-Founder and Executive Director of Encore Music Academy and Private Flute Instructor, earned her Bachelor’s Degree from Augustana College and her Master’s Degree from DePaul University, both in Flute Performance. She is a frequent freelance flutist and teaches private flute instruction. A recipient of first place awards in the Lakeview Musical Society Woodwind Competition and the Society of American Musicians Young Artist Composition, she has performed with Lake Forest Symphony, Park Ridge Civic Orchestra, University of Chicago Orchestra and Minstrel’s Chamber Ensemble. With over twenty years in arts administration, she has served as Assistant Director of DePaul University’s Community Music School, Director of Admission and Programs / Interim Executive Director at Sherwood Conservatory of Music and as Assistant Director of McHenry County Music Center.

Laura Pils was introduced to the McHenry County Music Center in 2003 when her son Connor started taking violin lessons at age 4. Her son Brian followed a few years later. Over the years, as the boys‘ love of music grew, Laura came to understand the importance of the arts to their local community. She became a passionate advocate of the arts and volunteers with MCYO, eventually taking on a leadership role as President of the Board of Trustees. Connor and Brian are currently attending the University of Illinois at Urbana-Champaign, Laura’s alma mater, where she studied business administration and marketing. Laura started her marketing company LP Group back in 2000, and has enjoyed helping her clients grow and prosper through the years. Laura enjoys pilates, long walks with her dog Briana, live music and traveling with her family.

Stephen’s children have been active in Encore Music Academy’s choirs, private lessons and summer productions for many years. He enjoys serving as the Master of Ceremonies for their Winter Gala every year. In his normal job, Stephen has over twenty years of experience helping his clients protect their intellectual property in the United States and internationally by preparing and filing patent and trademark applications at the U.S. Patent & Trademark Office. Stephen has a wealth of experience counseling clients on short- and long-term patent, trademark, copyright and trade secret strategies. He has managed large and diverse patent and trademark portfolios for large corporations, as well as individual inventors and small- to medium-sized businesses. Stephen has experience in many areas of technology, and has prepared patent applications for inventions in such diverse fields as chemical, mechanical, electrical, computer software and internet-related business methods. He has a particular interest in helping clients with green inventions.

Ann Tucker, Co-founder and Artistic Director of Encore Music Academy, has taught in the area since 1993 and grew up in Crystal Lake. She earned both her Bachelor’s and Master’s Degrees in Music Education from the University of Illinois in Champaign-Urbana. She has studied choral music and conducting at Westminster Choir College, Oberlin College, Northwestern University and St. John’s University. At EMA, she directs two of the four youth choirs as well as the Encore Touring Choir. In addition to her work with Encore Music Academy, Mrs. Tucker is the Director of Music at First Congregational Church in Crystal Lake, where she serves as department administrator, as well as a member of the worship ministry team. She directs four of the six choirs, the Carol Choir (3rd-5th grade), Chancel Choir (6th-8th grade), Alleluia Sound High School Choir and Vestry Choir (adults) and is responsible for preparing two cantatas in December and March and the annual spring tour by the Alleluia Sound. The Vestry Choir, the church’s 60 voice adult choir, presents two annual concerts in December and March as well as weekly music at services. Under her leadership, Vestry choir has performed such diverse works as Robert Ray’s Gospel Mass, John Rutter’s Requiem, Glenn McClure’s Caribbean Mass, Durufle’s Requiem, Mozart’s Requiem and Handel’s Messiah.